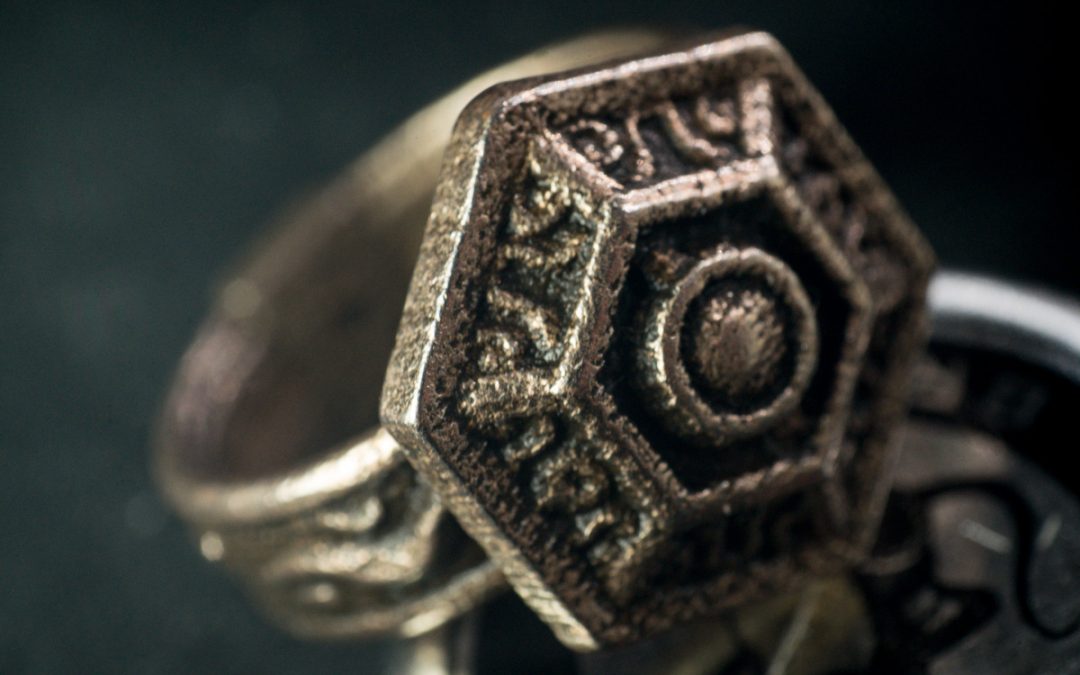 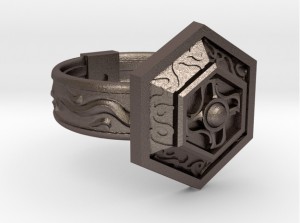 Some months ago, I decided I’d model my own version of the Diablo 3 Royal Ring of Grandeur, which is used by most (all?) of the classes in the game to reduce the number of set items needed to use specific set-specific effects. Since I’ve had a number of things printed recently via Shapeways using plastic, but only recently got my hands on their basic materials samples, which made me really want to try my hand at metal.

I started by modelling the basic shapes in Blender, then transferred certain parts (the band and the ring top) to ZBrush in order to take advantage of the sculpting and symmetry tools it offers. Everything got assembled and re-sized back in Blender, then sent to Shapeways for processing. It took easily a dozen tries to get what I’d modelled accepted by the automated service, but the first design came back with errors after manual check and the job was cancelled due to details being too thin. 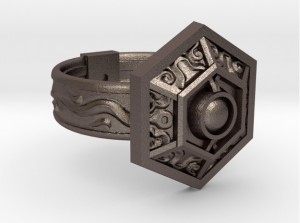 A couple weeks later, I decided to have a closer look at the reference material and re-worked the top of the ring quite a bit; I removed the swirls around the ‘stone’ entirely, replacing them with straight bands that are more accurate to the amulet that matches the ring (the ring reference is really tiny) and redid the hexagonal faces so the detail wasn’t so thin and abrupt. Six pieces were also added to border each hexagonal face.

The model passed inspection and was sent out, returning mid-March. 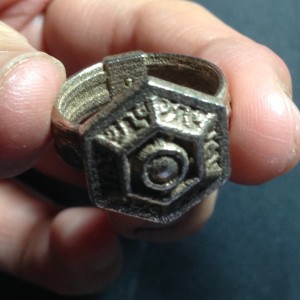 The ring as it arrived, unmodified.

I feel like the final product is a bit rough. I like the grit overall, but feel it is too busy in some places and takes away from some of the detail I worked in. I also feel like the process itself (wherein metal powder is sintered and then heated) lends itself to more of a grainy treatment and does not stay accurate to the original model, compared to say… detail plastic, or perhaps cast wax (which would be used for actual casting with metal, rather than sintering). I have a small bottle of dirty acrylic airbrush paint that I like to use to age things. This means i just coated the ring, then wiped the excess away a few times, making sure to leave some paint in all the cracks and crevices. This has helped to give the whole piece a bit of contrast and character. It still looks rough (or might one say ‘ancient’ 😉 ), but at least I can see a lot more detail from afar, even though it’s not as smooth as expected. 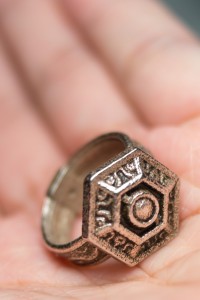 Adding a bit of age and oomph. 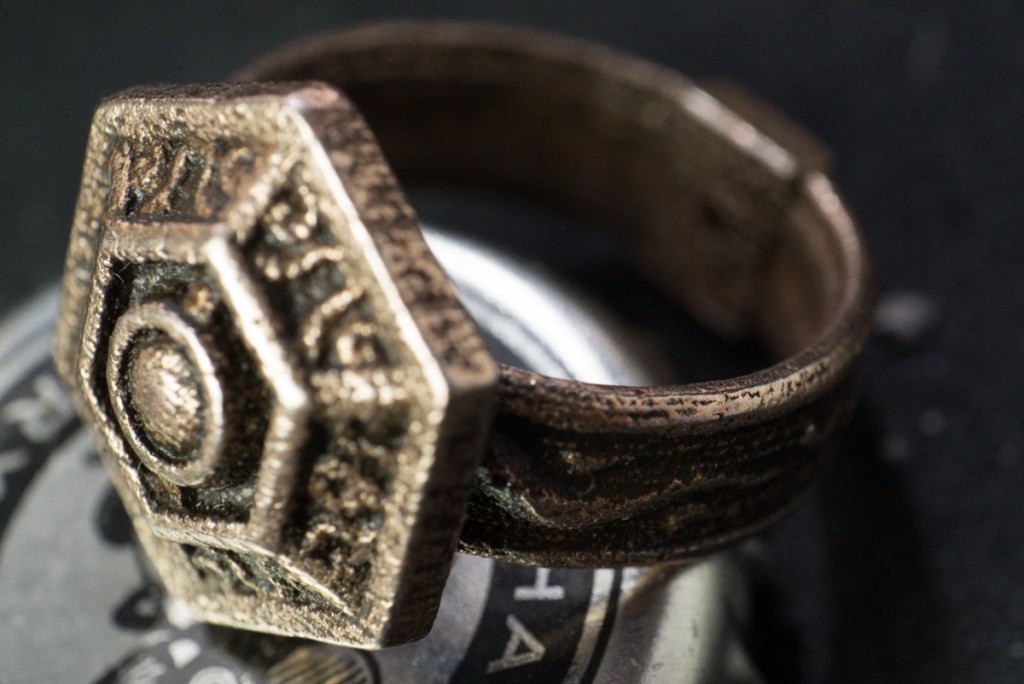 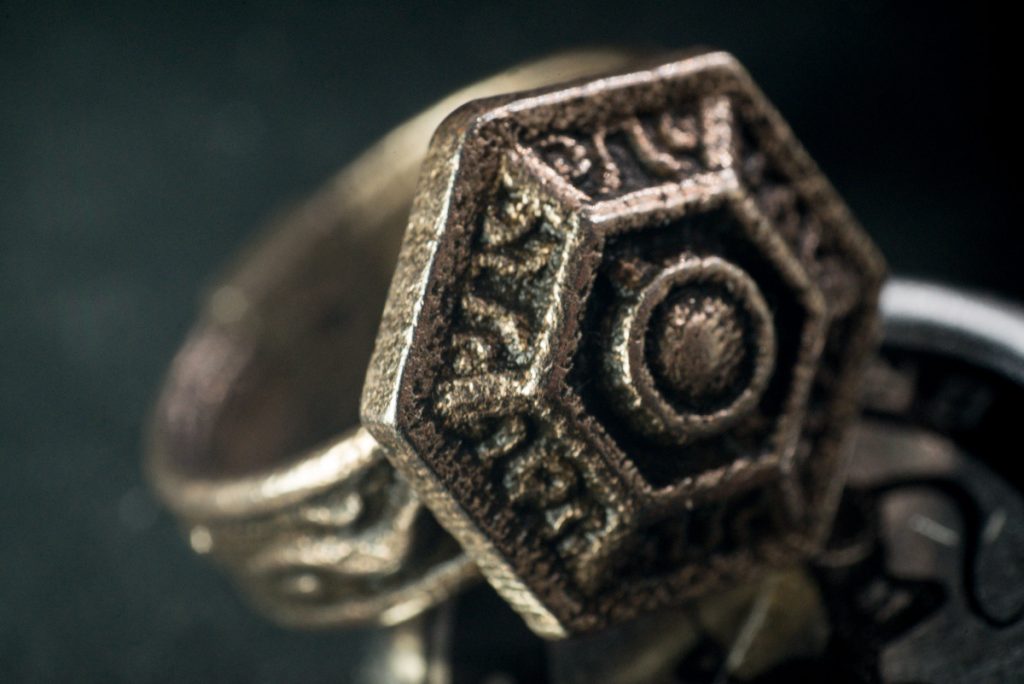 See this ring on Shapeways (Additional sizing available upon request)!